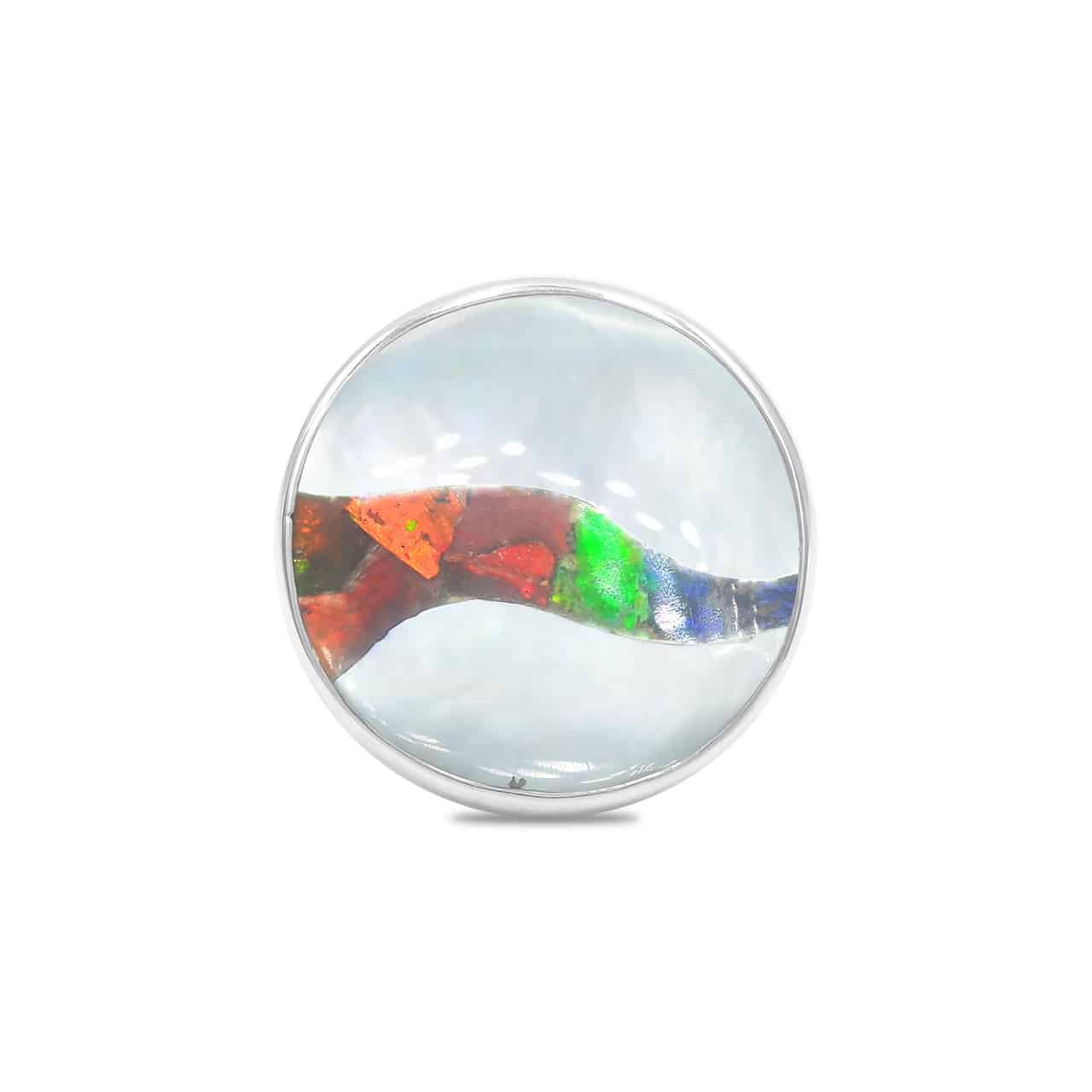 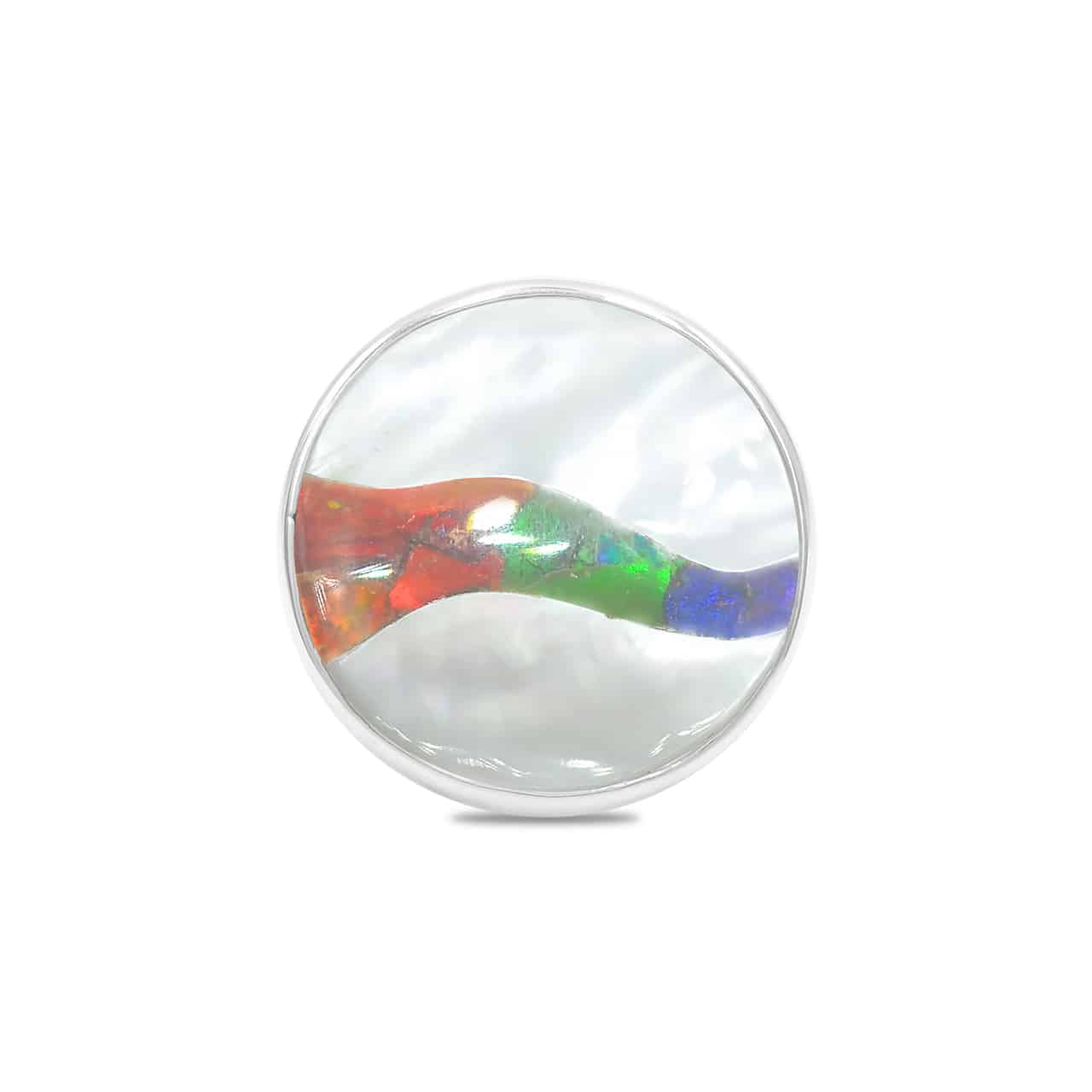 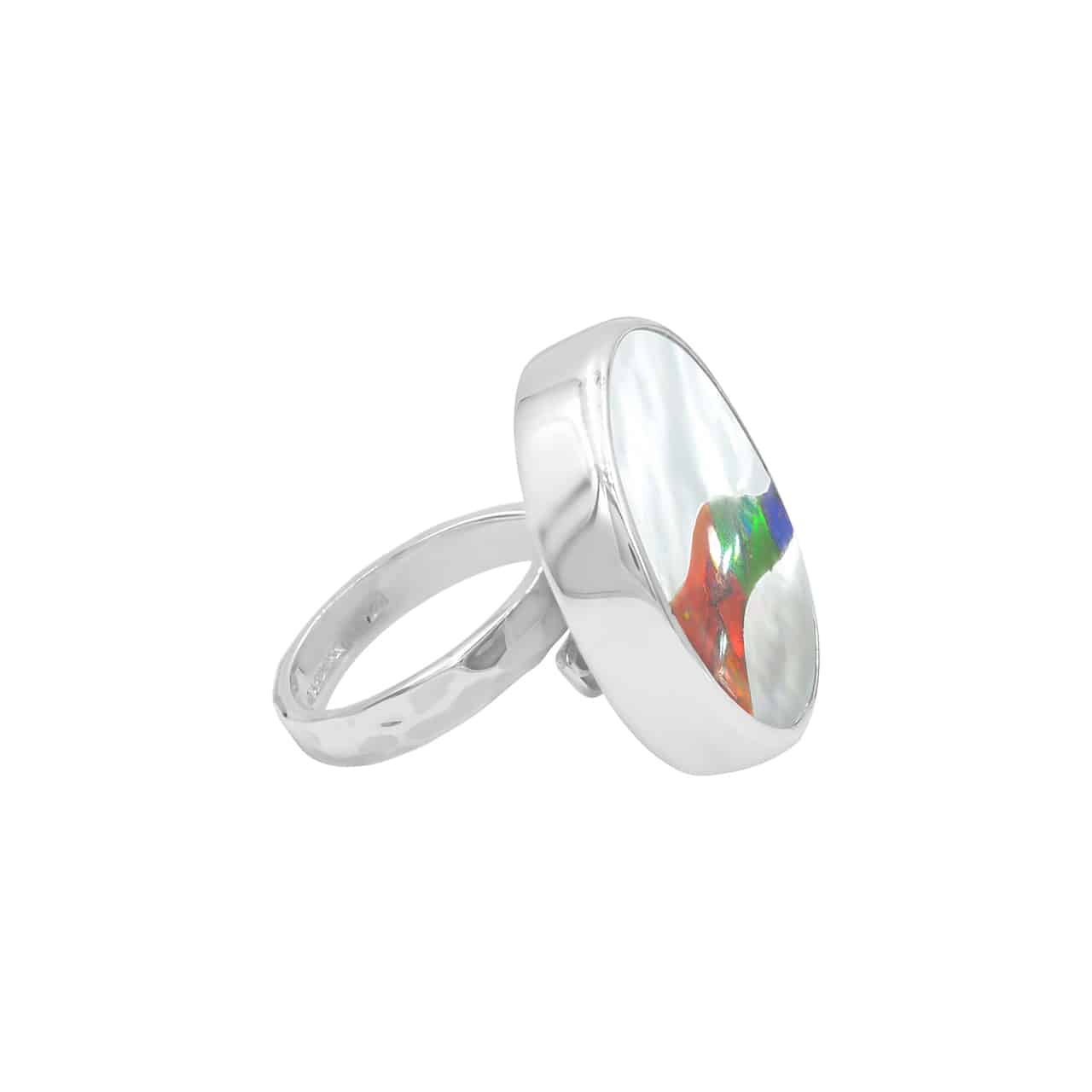 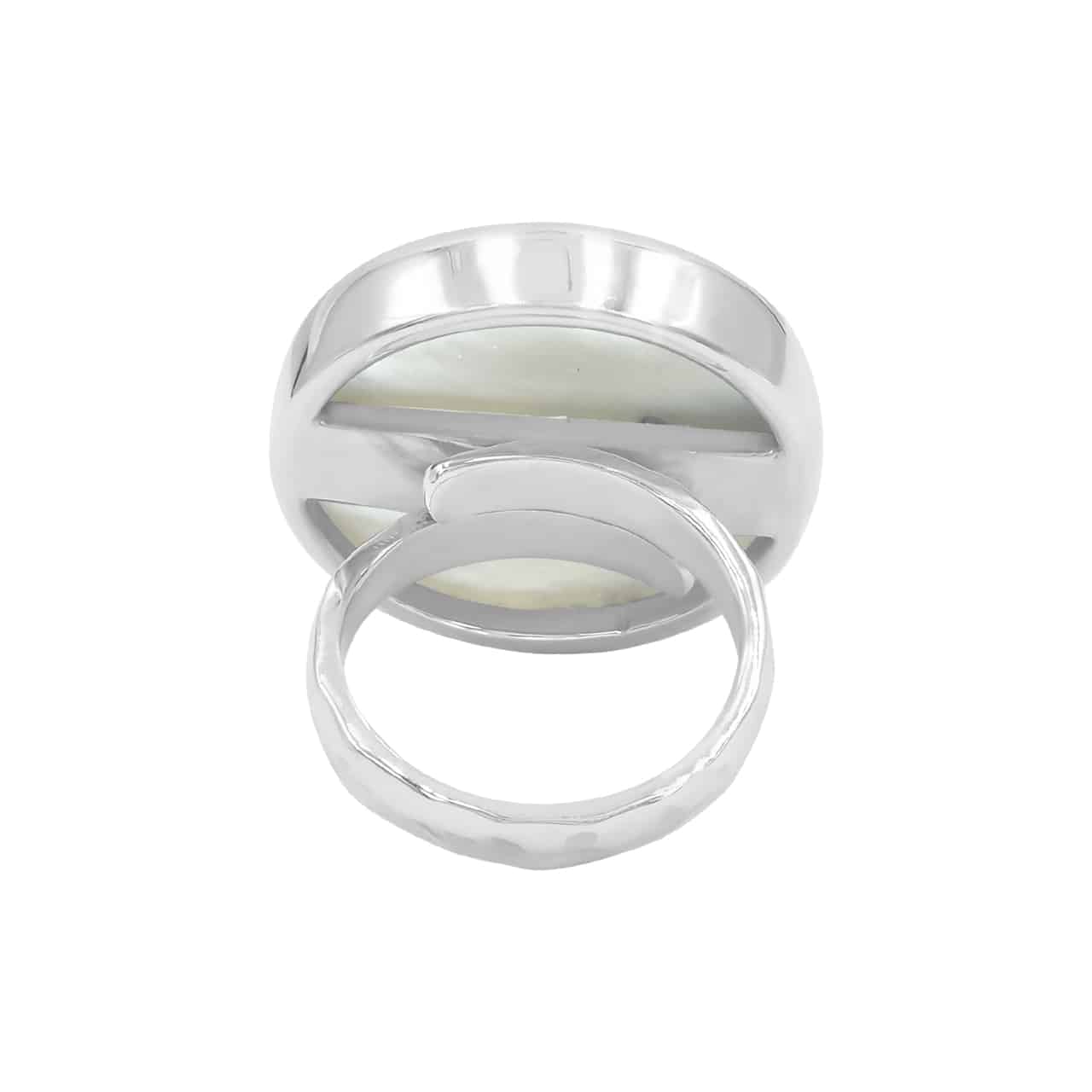 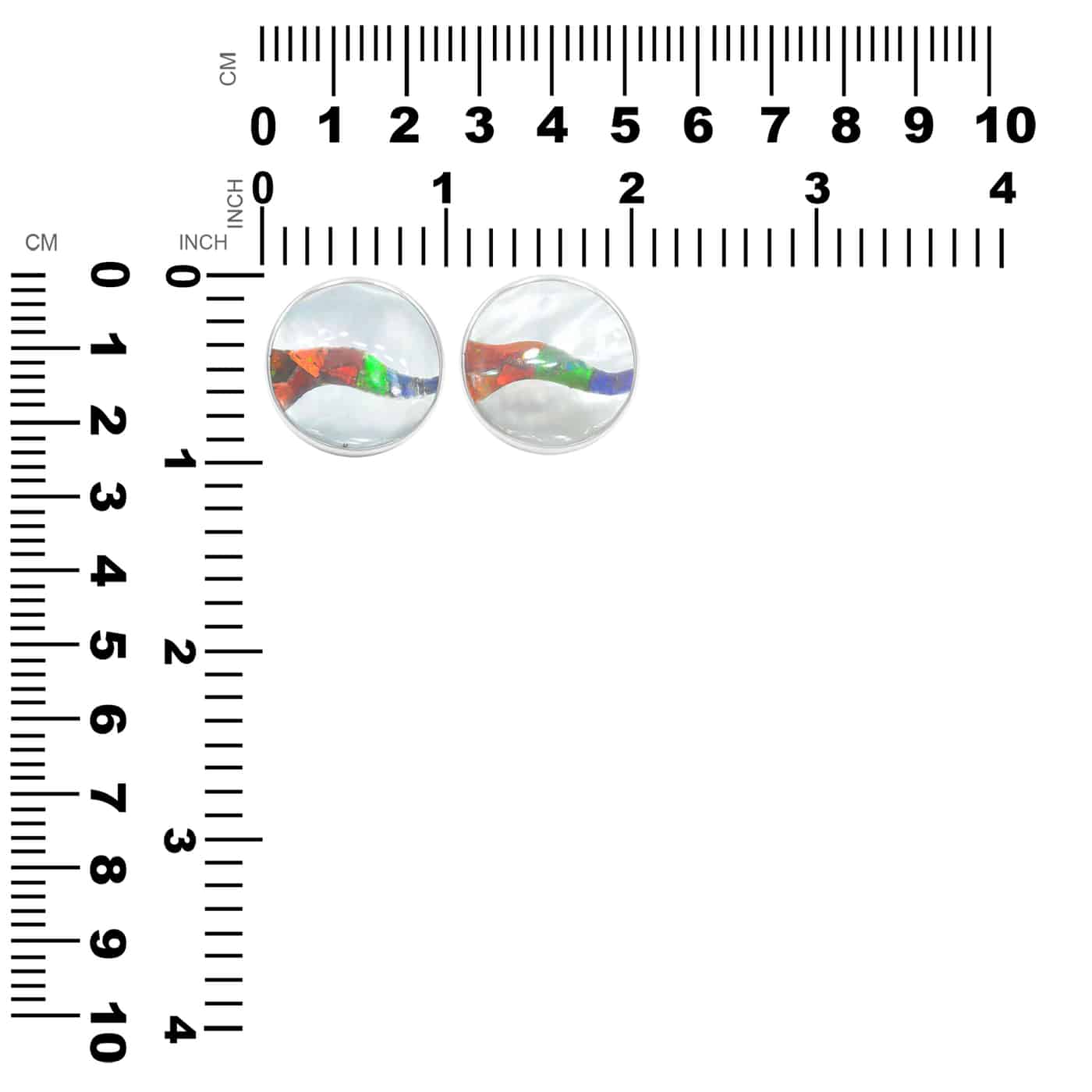 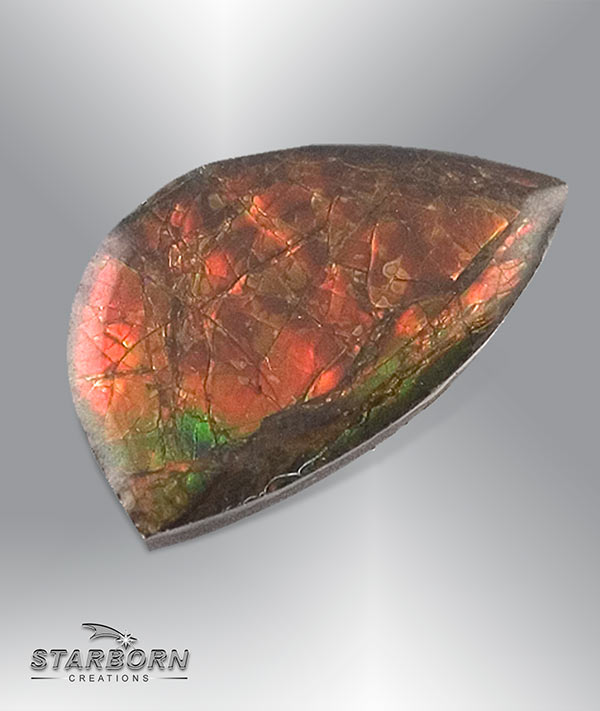 Ammolite - A rare, valuable opal-like organic gemstone. Ammolite is made of fossilized Ammonite shells and was given official gemstone status in 1981. Ammolite is mostly found in the Rocky Mountains and is the official gemstone of Alberta, Canada. It is a grey to brown hue with a primarily red and green iridescence, sometimes also showing blue and purple, though these fine layers are fragile and often broken off. Ammolite’s colors come from its Aragonite content. Being only .5 - .8 mm in thickness, Ammolite is often cracked giving it an appearance that is often described as Stained Glass.

View all items with Ammolite » 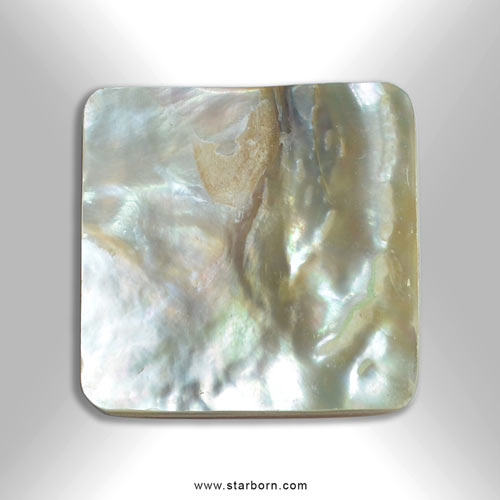 Mother of Pearl - Mother of pearl, also known as nacre, is an iridescent material than grows as the innermost layer of a mollusk shell. Mother of pearl can occur in a variety of mollusks, each displaying their own color such as white, grey, silver or blue. Possibly the most popular Mother of pearl is the abalone as it displays vivid patterns of green, purple and silvery tones.

View all items with Mother of Pearl »